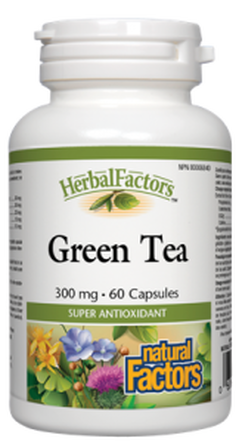 GREEN TEA
One of the most exciting health developments of the nineties has been the discovery of the extraordinary anti-aging properties of green tea. Epidemiological observations have shown that people in green-tea consuming countries – mainly Japan and China – have very low rates of cancer. In Japan, the women who teach the tea ceremony, and thus drink more than the average amount of extra-strong green tea, are noted for their very low mortality rate and longevity; deaths from cancer are especially rare in this group.

The rates of breast, colon, skin, pancreatic, esophageal and stomach cancer have been found to be lower among drinkers of green tea. If those who consumed more than ten cups of green tea a day got cancer, it was at considerably older age, especially in women. Likewise, it has been noted that those Japanese smokers who consume a lot of green tea seem to enjoy protection against lung cancer. In fact, the Japanese have both the highest smoking rate and the lowest lung cancer rate in the industrialized world.

Western epidemiological studies have also tended to confirm that higher consumption of tea and coffee is associated with a lower risk of breast cancer. On the basis of a number of such epidemiological studies, it could be tentatively asserted that the higher the consumption of tea in general, and perhaps of green tea in particular, the lower the incidence of breast, prostate and lung cancer. The same probably holds true for colon, stomach, pancreatic and skin cancer. In vitro or animal research indicates that green tea may be effective against an even wider variety of types of cancer, including leukemia and glioma.

Research aimed at finding the active compounds in green tea revealed that its protective effects are due chiefly to catechins. Powerful polyphenolic antioxidants, catechins are astringent, water-soluble compounds that can be easily oxidized. They are a subgroup of flavonoids, weak phytoestrogenic compounds widely available in vegetables, fruit, tea, coffee, chocolate and wine. The antioxidant potential of both green and black teas, as measured by the Phenol Antioxidant Index, was found to be significantly higher than that of grape juice and red wines.

Green tea is manufactured from fresh, unfermented tea leaves; the oxidation of catechins is minimal, and hence they are able to serve as antioxidants. While the fermentation of tea leaves needed for the production of black tea produces some unique antioxidants such as theaflavins, bisflavonols and thearubigens (polymers of simple polyphenols), such fermentation reduces the catechin content, especially the strongly bioactive catechin called epigallocatechin gallate. Epigallocatechin gallate has been singled out by many researchers as particularly important for cancer prevention.
So far, most research has been done on green tea and the activity of its various catechin components; the research on complex polymeric polyphenols found in black tea is still in an early stage.

Numerous recent studies continue to confirm that green tea polyphenols have powerful anticarcinogenic, cardioprotective, neuroprotective and antimicrobial actions. In the first of the two articles on green tea, let us take a closer look at the anticarcinogenic properties of green tea.
The latest good news about green tea comes from a study done at the Karolinska Institute in Stockholm. A team of researchers headed by Dr. Yihai Cao found that green tea can block angiogenesis – the development of new blood vessels that tumors need in order to grow and metastasize. The authors gave mice the equivalent of two-to-three cups of green tea a day. When lung cancer was induced, the mice supplemented with green tea showed significantly less tumor growth. The scientists found that green tea suppressed the development of new blood vessels and prevented metastasis. They hypothesize the epigallocatechin gallate is the compound responsible for the suppression of angiogenesis.

In an interview, Dr. Cao explained that all solid tumors depend on angiogenesis for their growth. If green tea polyphenols can prevent angiogenesis, then this would go a long way toward explaining why green tea is effective in preventing so many kinds of cancer. Dr. Cao stressed that it takes long-term consumption of green tea in order to obtain these chemopreventive benefits.

Green tea has also been shown to help prevent metastasis. Cancer cells secrete special enzymes called collagenases in order to penetrate and colonize various tissues. It is the metastatic process that is lethal, not the primary tumor. Hence finding substances that can prevent metastasis is of prime importance in fighting cancer. A study done at the University of Shizuoka in Japan found that epigallocatechin gallate does in fact inhibit the secretion of collagenases by tumor cells (in this study, highly metastatic lung cancer cells), thus arresting their ability to invade normal tissue. Black tea theaflavins were also effective. There is also additional evidence that green tea polyphenols help inhibit angiogenesis, or the growth of new blood vessels that nourish the tumor.

Two of the green tea polyphenols, epigallocatechin-3-gallate and epicatechin-3-gallate, have been found to be effective inhibitors of 5 alpha-reductase type I, reducing the synthesis of DHT, a potent form of testosterone implicated in causing prostate enlargement and prostate cancer. Epigallocatechin gallate has also been found to be the most potent catechin in inducing apoptosis in human prostate cancer cells when tested on various cell lines. Together with lycopene and selenium, green tea should be considered as a special prostate-protective agent.

One interesting recent study compared the effects of epigallocatechin gallate, curcumin (a powerful anticarcinogenic compound from the curry spice turmeric), and the combination of both on an in-vitro model of oral cancer. It was found that epigallocatechin gallate helped arrest tumor cell growth in a different cell-cycle stage than curcumin. When the two compounds were combined, growth inhibition was enhanced, suggesting a synergistic effect.
Green tea catechins are among the phenolic compounds known to suppress the formation of heterocyclic amines and nitrosamines, known to be potent carcinogens. Nitrosamines have been tentatively linked to brain cancer and leukemia. Drinking green tea with or after a meal containing meat cooked at a high temperature or treated with nitrites (a meat ‘preserver’) seems to offer a degree of protection.

Many other carcinogens are likewise rendered less harmful thanks to the action of green tea polyphenols on inducing enzymes that detoxify various undesirable compounds, and inhibiting those enzymes that would make certain carcinogens bioactive. Glucuronization (conjugation with glucuronic acid) is another detoxifying mechanism that is enhanced by catechins.

It has been also postulated that green tea catechins inhibit the activation of protein kinase C, and interfere with the binding of growth factors to their receptors. (In the case of breast cancer, catechins were in fact shown to interfere with the binding of estrogen to estrogen receptors.) Catechins were also found to inhibit the release of tumor necrosis factor alpha (TNF-alpha), a highly inflammatory cytokine, and of nitric oxide synthase, an enzyme necessary for the production of nitric oxide (nitric oxide plays an important role in inflammation and carcinogenesis).

A particularly exciting study, done at the Cancer Chemotherapy Center in Tokyo, Japan, and using leukemia and colon cancer cell cultures, demonstrated that “epigallocatechin gallate strongly and directly inhibits telomerase.” Telomerase is the enzyme that “immortalizes” cancer cells by maintaining the end portions of the tumor cell chromosomes. Even in the presence of non-toxic concentrations of epigallocatechin gallate, cancer cells exhibited telomere shortening and senescence. Thus, inhibition of telomerase could be one of the main anticarcinogenic mechanisms of catechins.

Obviously, the anti-cancer mechanisms of green tea polyphenols are complex, and not yet completely understood. Research at the level of molecular genetics is particularly promising. We already do know enough to state with certainty that green tea is an effective chemopreventive agent. And we also know that it is best to use several anti-cancer agents (including all the major antioxidants) for synergistic prevention along all the possible pathways. Green tea works along so many pathways that it is simply an indispensable part of any serious cancer-prevention program.